Dampier Law is representing U.S. Marines, U.S Navy Sailors, their families and civilian workers suffering from illnesses resulting from exposure to hazardous chemicals contaminating the water at Camp Lejeune between 1957 and 1987.

Our attorneys are driven to help veterans and their families fight for what they are owed. We offer free consultation so you don’t pay anything until you get financial compensation for the injury you have suffered.

The Water Supply at Camp Lejeune Was Contaminated

Two of eight water supply systems serving the Camp Lejeune base in North Carolina were found to be contaminated with industrial solvents, benzene, and other chemicals between 1957 and 1987. Although the water treatment plant was shut down when it was evident there were toxins present, the damage to the health of those affected had already been done. The Marine Corps continued to cover up the hazards by not informing involved personnel.

As many as one million people may be affected with exposure related serious illnesses.

Camp Lejeune was home for many U.S. Marines, U.S Navy Sailors, their families and civilian workers as they served their country. Yet they were exposed to hazardous chemicals in their drinking water and not warned when the risks became known.

If you or a family member served at either Marine Corps Base Camp LeJeune or Marine Corps Air Station New River in North Carolina between 1953 and 1987, you may have been exposed to toxins in the drinking water. Scientific and medical evidence shows that there is a connection between exposure to these contaminants and the development of certain diseases later in life. If you served at Camp Lejeun­e and have any of the following illnesses, you may qualify for compensation.

How Do I Receive Compensation in the Camp Lejeune Water Contamination Lawsuit ?

If you were stationed, lived at or worked at Camp Lejeune for 30 days or more between the years of 1953 and 1987 you may be eligible for compensation. Our lawyers are here to review your water contamination injury claim and help guide you through it.
The following can be used as evidence:

Dampier Law usually represents clients on a contingency basis. You won’t be charged a fee until we win your case. If you’d like to learn more about the different ways we can help you, please give us a call or fill out the form and one of our attorneys will reach out to you.

If you have been exposed to toxic chemicals in the drinking water at Camp Lejeune, we can help. You don’t have to go through this alone. 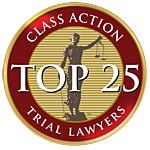